And The Defects It Can Have

Have you ever looked at your car and said “Its Just Too Shinny”? I didn’t think so. Most people really enjoy driving a shinny, glossy car. However if you’ve had your car for a few months to a few years it can start to look a little dull. You can add a little wax to the surface but this will be gone after couple washes.

You see wax just covers up the imperfections that lye in and on the surface of your paint. People always call the shop looking to have there car polished with a wax but wax will do absolutely nothing to fix the problem with your paint. So many people get really excited when they pick up there vehicle from the detail shop or car wash after having it waxed to only be disappointed with the look of it a month later.

For real gloss and depth you need to have the paint corrected by a professional. Someone who can identify defects in your paint and remove them without causing further harm to your cars finish. Thats where we can help. Concours Auto Salon offers paint correction services on meany levels. What ever you want or need we have the experience and knowledge to safely do the job.

The thickness of the paint you see on your car is measured in microns, 1 micron is equivalent to one thousandth of a millimetre (1/1000mm). It’s comprised of three layers: Primer, Base Colour Coat and Clear Coat. The most common paintwork.

The first layer applied to the metal panel of a vehicle is primer. Primer is designed to make the panel uniform so as to allow the paint colour to be evenly applied to it. Primer on modern cars is thinner than it used to be owing to advances in panel stamping technology, meaning the panels are being supplied in better, more even condition. As a result primer thickness these days, while varying according to auto manufactures and individual plant operating processes, is usually between 8 microns and 38 microns.

The second layer is the base color coat, a semi-gloss layer that actually gives the panel its final color. Again, as panels these days are of a more consistent quality, this layer is much thinner than it used to be. If the color requires a flake or pearlescance to it, this is usually mixed in at this level. The thickness of this layer ranges from 13 microns to 38 microns.

The final layer is the clear coat, an optically clear layer of paint designed to protect the base colour from UV degradation and oxidation. The thickness of this layer ranges from 38 microns to 102 microns.

Lets put this into perspective. Your clear coat (The top layer that gives the paint the gloss) is as thick as one strand of hair on your head. Two strands of hair are thicker then all three layers on you vehicle. Thats not very thick right? So do you really want someone with little to no experience polishing your paint? Your average car will cost more to professionally repaint then replace the engine. So it’s important to maintain the finish with professionals. Just like you would your motor. 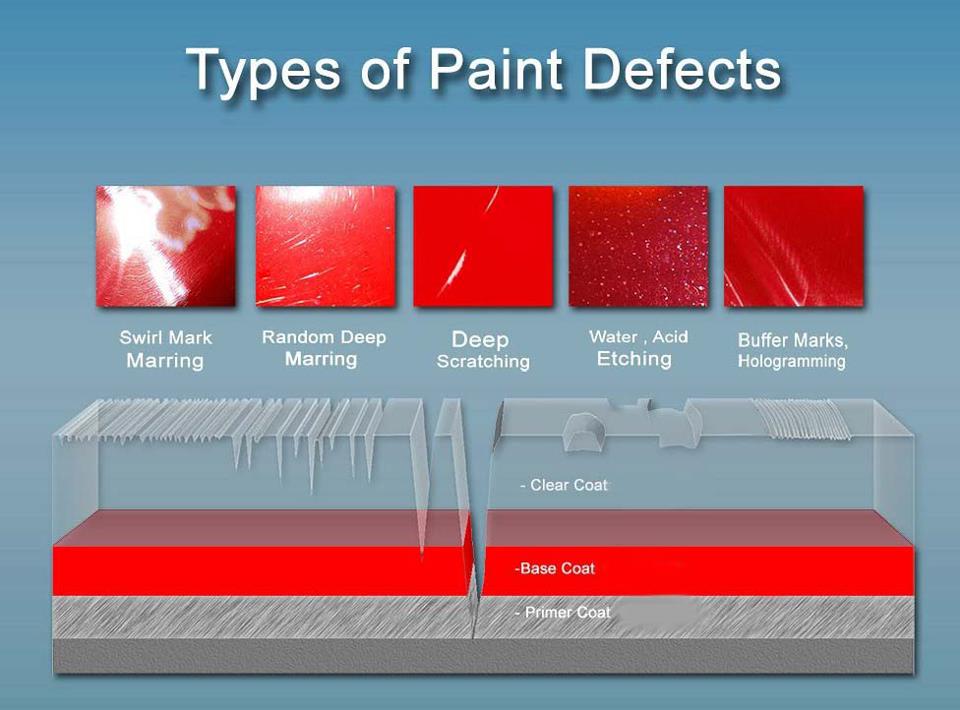 Caused by a buffer with a foam pad or a rough towel. Can easily be corrected with the proper machine and products

Usually caused by rubbing your cars finish while it’s dirty or using a dirty towel to wipe it off. This is a little tougher to correct and is deeper than typical marring. Usually requires two or more steps with a machine polisher to correct.

Caused by something sharp or something that has force or pressure behind it. Most cases it can be minimized with compound and polishing but will never be completely gone. Touchup paint can be used to help conceal it as well.

Caused by hard water acid rain or bird droppings. This can be corrected but the skill level required is high. It typically requires sanding with fine grit papers. Then compounding and polishing with a machine polisher. 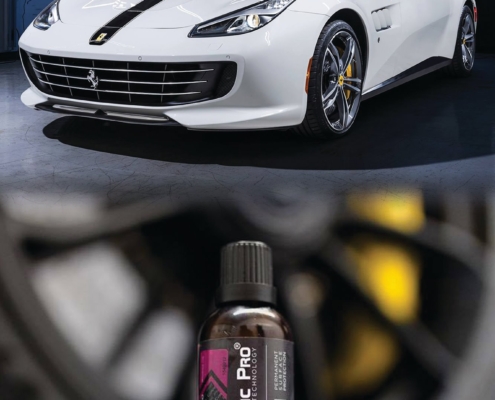