Below is an article published on the Vehicle Information Services website. It’s a really good read and should be mandatory if your vehicle is in a collision or has been damaged by a hail storm.

If you have recently been involved in a motor vehicle accident, you may have discussed which repair facility will be fixing your car with either your own insurer or with the insurer of the person who caused the accident. Most people are, thankfully, involved in collisions so infrequently that they do not have a repair facility immediately in mind when it does happen. When there is an accident, however, be careful where you do take the car to be fixed. Simply because an insurer recommends a shop or says that it will “guarantee the work” from a shop in its direct repair program does not mean you will be receiving the best repair.

What are direct repair programs?

A direct repair program, or “DRP” as they are often called, is an automobile insurer’s group of preferred repair shops. Think of a DRP like a health insurer’s circle of preferred provider organizations. Body shops involved in an insurer’s program have a relationship with the insurer. That relationship, however, can be based on many different things, not all of which are good for consumers.

DRP arrangements are initiated by insurers, not body shops, and insurers have their own reasons for desiring to create these circles. To become a member of an insurer’s repair program, repair facilities typically must execute an “agreement” with the insurer. However, this agreement spells out obligations on the part of the repair facility but usually does not contain any reciprocal obligations on the part of the insurer. Some of the key standard provisions require the repairer to write all estimates using aftermarket (non-original equipment manufacturer) or salvage parts; identify “betterment” to a repaired vehicle and collect those monies from the customer; shoulder all liability for repairs performed, and indemnify the insurer from any lawsuit the customer might bring. In other words, the body shop is entirely responsible for any customer dissatisfaction.

In exchange, the repairer receives what exactly? According to the terms of these “agreements”, the insurer promises the repairer nothing in return for all of the obligations it will undertake. The repairers usually do not even have the right to advertise that they are part of the insurer’s direct repair program. For example, State Farm’s Service First Agreement expressly prohibits repairers from using either State Farm’s name or its Service First designation without “express written permission from State Farm” . . . which must be “in the form of a Licensing Agreement, to be executed separately from this Agreement”. (State Farm Service First Agreement, paragraph 9.) However, this same paragraph expressly allows, but does not require, State Farm to advertise to its customers that the repair facility is a member of its direct repair program.

The obvious question raised is: Why would any repairer sign up to be a member of these programs when the insurer has no overt obligation to do anything on behalf of the repair facility? The only sensible answer is that the repairer believes becoming a member of the DRP will drive more work to its shop. And therein lies the rub.

Some state laws prohibit insurers from forcing consumers to have their cars repaired at particular body shops. Engaging in that conduct is called “steering”, and there are anti-steering statutes to prevent insurers from removing free choice and free enterprise from customers of the repair industry. Nonetheless, while insurers are quick to say that they do not require claimants to patronize particular shops, they do strongly recommend the use of repair facilities within their provider programs. Claimants are frequently told that, while they are free to select any shop of their choosing, the insurer will only “guarantee” the repair work of a DRP facility. The insurer’s “guarantee” is material to most claimants and has the effect of steering their work to DRP facilities and away from independent shops. So, whether the insurer insists you take your vehicle to a particular shop or lures you there with guarantee promises that sound as if you will get more than taking your car elsewhere, the end result is the same. You elected a shop that has pre-negotiated with the insurer to repair your car using generic or salvage parts, is required to identify and charge you for purported increases in value to your car, and has promised to insulate the insurer from liability for the work performed.

Although claimants are told the insurer will be “guaranteeing” the repair work, the insurer does not actually guarantee that work. Instead, under these DRP arrangements, the shop is required to perform that repair in a workmanlike manner – which state common law already requires of all repair facilities, irrespective of whether they are DRP shops, and it is the shop, not the insurer, who guarantees the work. Insurers do not guarantee that the method of repair is safe, nor do they guarantee how the repair is performed.

The only aspect of the repair that the insurer actually “guarantees” is limited to the parts used – and then it only covers the generic ones. Under DRP arrangements insurers require repair facilities to write estimates using aftermarket and salvage parts. Parts made by the original equipment manufacturer (OEM) are excluded from the promises insurers make about the repair.

Yet, even these generic parts are not fully covered in the guarantee. Reviewing estimates and documents from several insurers demonstrates that some guarantee only the fit and corrosion resistance of the replacement part, not its performance. Others guarantee the performance of the part, but only after the claimant has exhausted attempts to have the manufacturer repair or replace the part under its own warranty. Makers of aftermarket parts are typically located in Asia and enforcement of a warranty is extremely difficult as a result. This was one of the primary issues in the aftermarket parts case, Avery v. State Farm Mutual Automobile Insurance Company, 321 Ill. App.3d 269, 254 Ill. Dec. 194, 746 N.E.2d 1242 (2001), appeal allowed, 201 Ill.2d 560, 271 Ill. Dec. 922, 786 N.E.2d 180 (2002), in which State Farm was found to have breached its insurance contracts with policy holders by guaranteeing replacement parts and later refusing to honor the guarantee until after the customers exhausted their warranty rights with the manufacturer. In the appellate decision, the Avery court found State Farm’s promise to repair or replace these parts was illusory.

The significant problem with patronizing a DRP facility, however, is the conflict of interest the DRP relationship creates for the repairer in its obligations to customers. State consumer protection laws firmly establish the contract of repair is between the customer and the body shop. The insurer is not a party to that contract. However, DRP arrangements make the insurer more important to the body shop than the customer by virtue of the fact that the insurer will be a constant source of referral business, and the consumer’s interests can become secondary to the facility. For example, DRP arrangements often require the repair facility to look for and determine “betterment” to your vehicle and to collect that alleged increase in value directly from you. Ordinarily, the issue of betterment is addressed between the insurer and the claimant, and the repair facility would not be involved. With a DRP arrangement, however, the body shop is obligated to calculate betterment (which is in the insurer’s interest, not the customer’s) and collect it on behalf of the insurer. These arrangements clearly make the body shop responsive to the insurer, not to you — even though you are the legal customer. It is exactly these types of shifting loyalties and conflicting obligations that have members of the repair industry concerned. According to Wade Ebert, a Regional Director of the Alliance of Automotive Service Providers of Illinois and a principal of American Auto Body in Springfield, Illinois, if you patronize a DRP facility, “Someone is making concessions on your behalf, without your knowledge.”

Look warily at any insurer’s recommendation of a repair facility because the insurer is pushing you toward certain shops for its benefit, not necessarily yours. Ask the body shop if it is a member of the insurer’s direct repair program and, if so, to provide you with a copy of the document establishing that relationship and outlining the repairer’s obligations to the insurer. Remember, you are the customer in this repair contract and you are entitled to a proper repair from the shop you elect. If any shop balks at showing you the agreement it signed with the insurer, insist on obtaining a copy from the shop or the insurer directly. If neither party will produce a copy of the agreement for your records, take your vehicle to a different shop. After all, if this arrangement is really such a great thing for consumers, no party to it should have any concerns about showing it proudly to customers. 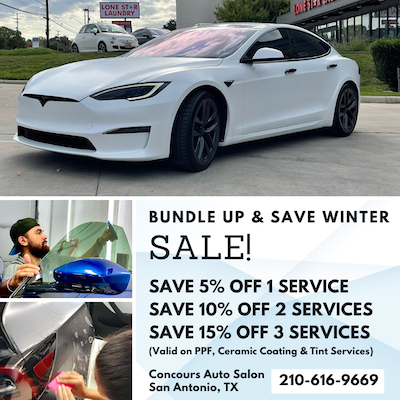